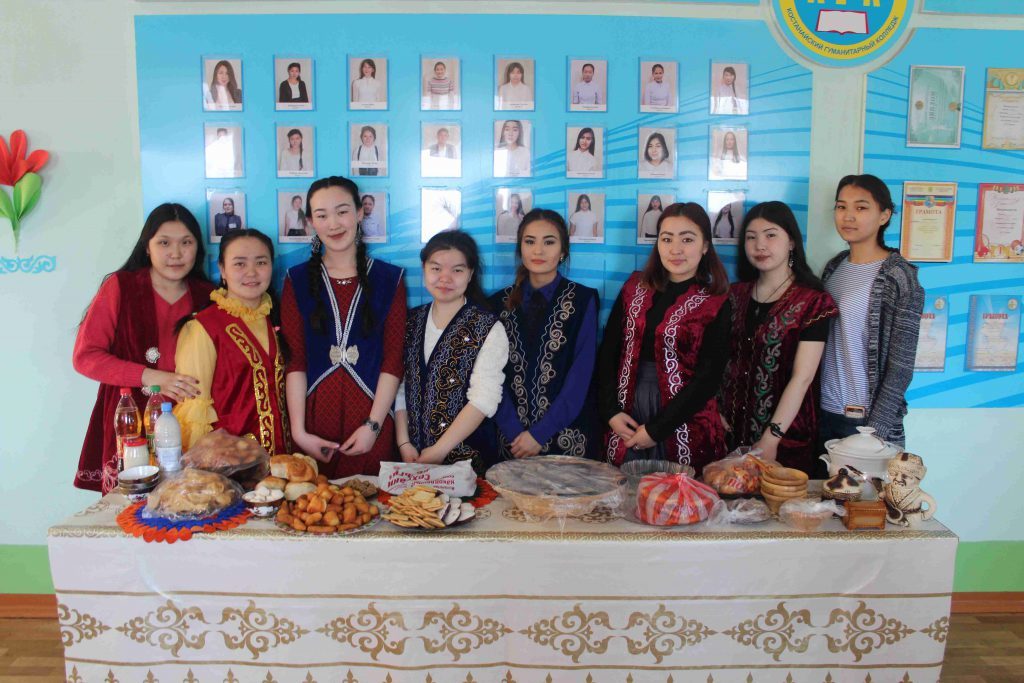 On March 18, an event dedicated to Nauryz was held at the Kostanay Humanitarian College. Where were organized: a festive concert, sports, fair of national dishes. Nauryz is the main holiday of the year both among the Kazakhs and many Asian peoples, celebrated for more than five thousand years. Nauryz is a holiday of spring, renewal of nature, the beginning of a new year, a new life. The celebration of Nauryz has pagan roots, it is a celebration of the worship of nature. Nauryz is celebrated on March 22 at the vernal equinox. On this day, the heavenly bodies: the constellations and the stars, after a one-year cycle, arrive at the points of their original sojourn and begin a new path – a circle. Otherwise, the Kazakhs call Nauryz “Ulystyn uly kuni”, which in translation into Russian means “Great Day of the People”. The name of the holiday “Nauryz” consists of two ancient Iranian words “know” (new) and “rose” (day). According to the mythological ideas of the Kazakhs, on the eve of the day of the holiday Nauryz, happiness walks the earth, so the night, on the eve of the holiday, was called the night of happiness, that is, Nauryz is the day when goodness and light come to the earth, when birds start to sing, the steppe is covered with lush green grass, they begin to flow streams, the New Year comes down to Earth. Nauryz is a day when good is established on earth. Therefore, the Kazakhs treated the New Year meeting very responsibly, began to prepare for it in advance, put their housekeeping in order, cleared the ditches, cleaned the dwelling, put on clean elegant clothes, prepared a rich table, and as a sign of the wish for harvest, abundance, rain, milk, everything the containers in the dwelling were filled with milk, spring water, ayran and grain. After all, according to the signs, how to meet a year, so spend it. As the old people said, when Nauryz enters the house, all diseases and failures should be avoided by him. On the day of the Nauryz celebration, everyone tried to be in good spirits, when they met they would embrace each other, express the kindest wishes that they would avoid all the troubles and misfortunes. Festive dastarkhan was covered in every dwelling. Before and after the meal, the mullah recited prayers in honor of the ancestors. Then the eldest gave a blessing (baht) for the year to be prosperous. The main treat at the festive dastarkhan was the Nauryz Kozhe dish. Nauryz kozhe is a ritual dish, a stew that includes seven components: water, meat, salt, fat, flour, cereals, and milk. The number seven itself has a sacred character among the Kazakhs. Seven components nauryz kozhe meant seven elements of life. The huge cauldron for nauryz kozhe symbolized unity. Nauryz holiday was always accompanied by mass fun.
Everyone sang, danced, played national games. Nauryz often organized competitions between young men in wrestling or races. Sometimes boys competed in the ability to stay in the saddle with girls. Nauryz – a holiday of unity of all people on Earth and nature, a holiday of harmony, light and good!