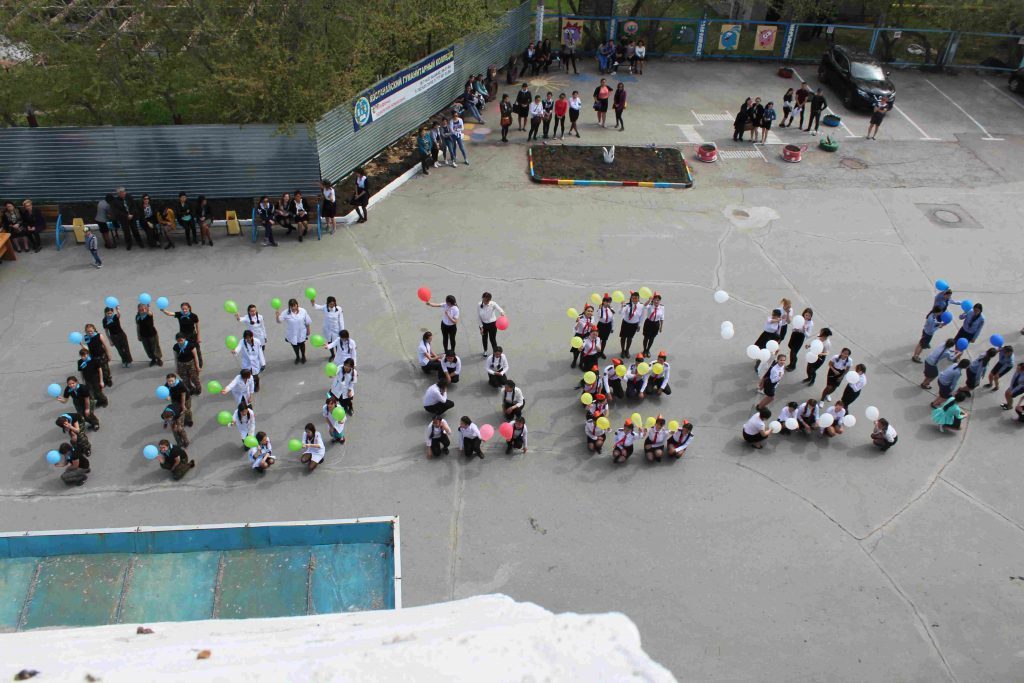 Day of memory, kindness, recognition, love, the older generation! Victory Day is a special holiday that brings together not only fellow teachers, but also students of different generations. On the eve of May 9, I want to recall the price paid by our fathers and grandfathers, mothers and grandmothers, including our countrymen from Kostanay in the Second World War, both at the front and in the rear. During the war years, more than 73,000 people were called up from the Kostanay region. Including more than 1600 reserve officers, 1,260 women, 4,500 party members, 1,800 Komsomol members, etc. During the war years in the Kostanay region, more than 38,000 people died and died from wounds. For military merit during the war years, our countrymen were awarded high state awards: 30 people – titles of heroes of the Soviet Union, 9 people – full holders of the Order of Soldier Glory. Over 30,000 people were awarded orders and medals of the Soviet Union. On May 4, the military-patriotic event dedicated to the Victory Day and the 25th anniversary of the defender of the Fatherland of the Republic of Kazakhstan with the invitation of the honorary guest, participant of the Great Patriotic War, Kotsenko Ivan Yakovlevich at the age of 91, who spoke before students and guests. n the competition was attended by students of I, II course – 14 groups. The parade began with a general construction, greetings, wishes, the removal of the banner, the performance of the National Anthem, the passage by the maritime step and the performance of songs from the war years. According to the results of the competition, the group 2MDT-9 took the 1st place, the 2nd place was divided among themselves – 2DV-9, 2NOB-7, 3rd place awarded – 1PR-19, 1Ai-20. All participants were encouraged. Everything was held under great enthusiasm and excitement. Thanks to all veterans of the Second World War. Military memory and glory for many years!